#10. Murmur
The Afternoon of the Marble Design 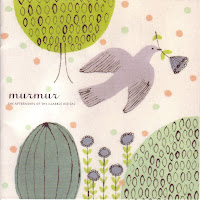 That's the conclusion I reach when listening to this lovely album by Murmur, the unit of a girl named Mai Tsuyutani. Mai grew up listening to bands like advantage Lucy, and her sound owes a lot to those great predecessors—the jangly, 60's influenced guitar sounds, the energetic rhythms—but she creates something different, helped by her feathery-light, spring-clear vocals. 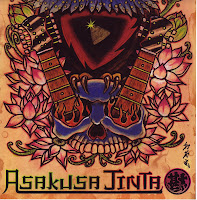 Continuing to create rousing new music inspired by old, jazzy Japanese music is the awesome Asakusa Jinta. The sextet didn't release an album last year, but instead put together a series of limited release single CDs that highlighted their overflowing energy and restless variety. The best of the lot is the intense “Tokyo-Sabaku De Jidanda”, a four-and-a-half minute rock explosion of hyperactive drums, demon-possessed horns and guitars, and a heavy, martial bass line. This is one of Japan's best bands now. 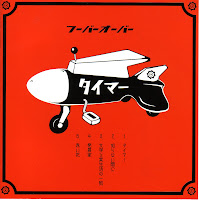 I never really got Hoover's Ooover, until I listened to this mini-album, and even more specifically, the third track, “An Overlap Between Literature and Real Life” (as one might translate the Japanese title). I was converted. I proceeded to abuse my iPod listening to the quartet. It's a straightforward rockabilly tune with dexterous guitars and drums, but what really knocked me out were the words, sung lightly and conquettishly by vocalist Masami Iwasawa. It's about the escapades of a girl mixed up about love who wakes up “in a room like I've never seen before”, and feels she's degenerating, thinking of herself as useless like “stockings that don't match”. She's a flirt too: one part of the song goes, “Every year, the same lover—is it ok if it's not?/Loving only one person at a time—not necessarily so”—the qualifications purred. Forget all those boring songs about love and hope—this tune sounds much more real! 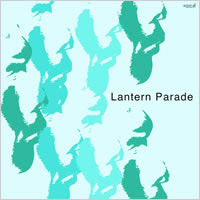 Who is this innovator, who writes beautiful tunes that sample existing genres but sound new? Lantern Parade's previous album, which was also released by Keiichi Sokabe's indie label Rose Records, was like hip hop with a Japanese art school flavor. In Togisumasou (which means 'sharpen your senses'), Tamihiro Shimizu, who is Lantern Parade, abandons rap for the most part, and instead chants repeated lines over samples of R&B and techno. That this sounds great reveals the peculiar talent of this unit. 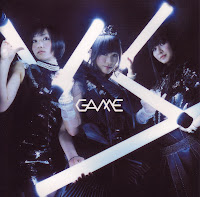 This Hiroshima-dialect-speaking, lip-sync-dancing trio took over Japan last year, becoming a household name and filling up the airwaves. It wasn't all hype, as Game proves. Yasutaka Nakata of Capsule certainly helped them a lot, producing them and writing all their music and lyrics. But Perfume breathed life into Nakata's first-rate material. These three are talented, maybe not necessarily foremost as musicians, but certainly as performers, with skills, charm and magnetism. 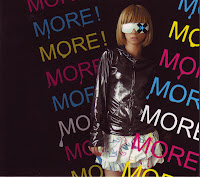 Is it a coincidence the way that Capsule has been changing as Yasutaka Nakata spends ever more time working with Perfume, who become ever more popular? Capsule seems to have become the project where he makes the music he wants, without worrying (as much) about commercial success. And the music style of his choice is Daft Punk-like techno, so different from the Shibuya-kei pop the duo started out playing.

Capsule's previous album, Flash Back, was where the two first immersed themselves into techno, and I didn't get it—it seemed dry and artificial—but this follow-up works. Overall it's more melodic than Flash Back, and the luscious tune “Pleasure ground” compares with some of their best past material. (I think Nakata would make 99.9% of Capsule fans happier if he uses vocalist Toshiko Koshijima more in songs...) But maybe this just shows I'm finally getting accustomed to Capsule's techno transformation, and another stab at Flash Back would be rewarding.

Let me add that I always appreciate Capsule's high sense of style: this CD is beautifully designed, with bright, day-glow colors on black, and Nakata and Koshijima in their space alien sunglasses. 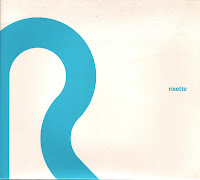 My neo-acoustic fan friends tell me that while this album is good, Risette's past works were even better. Maybe that is so, but I have little way to find out—their previous albums are out of print, and the used market prices are exorbitant: one of their CDs was on offer for $250!

In any case, I'm happy with this in-print, ordinarily-priced album, my first exposure to the Risette sound: over ringing double guitars, the female vocals of Yu Tokiwa, who has one of the most distinct high voices I've heard—she sings like she's reacting with pleasant surprise to the voice that just came out of her throat. It's an unusual, but effective combination of sounds. 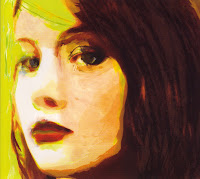 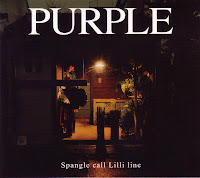 To mark their tenth anniversary as a band, Spangle call Lilli line released not one, but two albums, and they're very different in character. The one I like more is the first, Isolation, which marks a departure from their former meandering post-rock: the sound now is almost classical, with a grand piano as a constant accompaniment to Kana Otsubo's soft vocals. The feeling of musical adventure is exhilarating.

I haven't listened as much to Purple, which sounded on the first few listens as more like old SCLL, though commenter Kozu said he likes this one better and that it ranks as one of their best. I ought to revisit it. 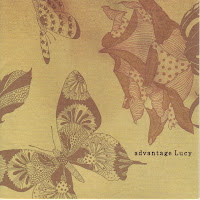 Every time advantage Lucy releases something new, all my time gets spent listening to the duo, in a happy mania. In 2008 I had a couple of such opportunities—a three-song EP and a collection of rare tracks came out.

Sept papillons, the rarities album, gives a home to the guitar pop group's scattered gems—songs in compilations, TV commercials, and out-of-print singles, like “Winny Sunny Friday”, “Weekend Wonder” and “Photograph”. Some Lucy fanatics may quibble that they already own most of the songs, but as their peer I'd counter that it's a good thing to have all these songs together in one place, where new people may discover them, and besides some of the re-mixes are masterly, especially that for “Photograph”.

Shiroi Asa shows us that Lucy are still superior artisans of singles (and the disk has a great white lyrics sheet whose letters were punched out, so if you hold it up to a light the letters shine—unfortunately, it was a limited edition CD and is already sold out). The mellowly-sung but emotional title track, in particular has been growing on me—one of those sublime Lucy lyrics that talks about the future while looking back with feeling at the past.


#1. Quinka, With A Yawn
Field Recordings 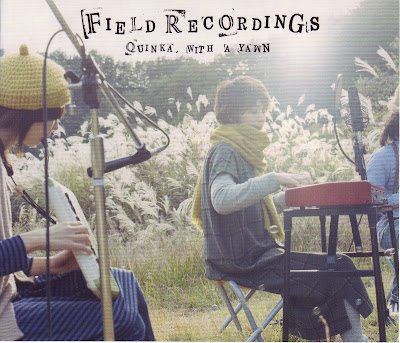 I love the concept of Field Recordings: a group of friends go up to the hills in Nagano, to record an album in the great outdoors and create something different from a regular studio-crafted record. But lovely idea or not, this wouldn't be my favorite album of the year if it didn't work. It does.

Field Recordings is simple and spare, yet at the same time, so inventive—the way the group combines acoustic guitar, piano, electric organ, fiddle, banjo, a toy box full of little percussion pieces, and the sounds of nature, birds, insects, a flowing river. A pop album, the group also tries out styles like country and folk. The melodies are gorgeous, and sung in relaxed happiness by Michiko Aoki, who is Quinka. “Rosemary”, in which she sings accompanied by an organ and unplugged guitar is one of the prettiest songs I listened to last year.

At the start of 2008 when Field Recordings came out I was entranced, but then it slipped mostly out of my mind for months, until it became time to think about my favorites of the year, and then when I listened to it again, suddenly I was enamored. 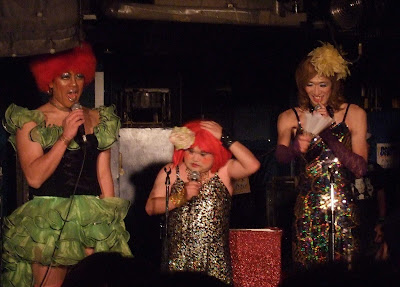 For the past few years Japan has been going through a comedy boom that has given birth to a slew of comedians as TV personalities, some of them deservedly becoming famous, others not so much so. What the Japanese call 'owarai'—comic entertainment—is pretty different, though, from its Western counterpart. You don't see a lot of one-person standup comedy, and politics usually isn't a major theme. Instead, the dominant owarai style is two-person acts called manzai. These duos deal with myriad subjects in their acts, but the most common seems to be funny or twisted takes on everyday things. One guy acts as the fool, the boke, saying outrageous things, while the partner, the tsukkomi, tries to bring the discussion back down to earth, by correcting what the boke says, expressing disbelief, etc. (a lot of head-slapping is typically involved).

For example, in this video below, there's only one comedian—Jinnai Tomonori, whose biggest claim to fame is he married the ex-Miss Japan celebrity Fujiwara Norika—but it could be said that the zombies play the role of boke, while Jinnai is the tsukkomi:

Sometimes, Japanese comedy can be truly off the wall. Razzy Queen, would certainly be one example.

I saw the transvestite comic trio Razzy Queen, pictured at the top, at the Shinjuku Loft as part of an event called Hardcore Chocolate that mixed rock shows and comedy routines. It's not easy to describe Razzy Queen's act, but here's an attempt: the big, black-faced Razzy Queen, apparently called 'Cherry', takes the stage. Queen's 'Bohemian Rhapsody' comes on. At the moment that Freddie Mercury sings 'mama~', Cherry whips out a package of cheap Mama spaghetti. He takes out the dry noodles, and takes off his frilly green skirt. He sticks the spaghetti between his butt and bikini. Then, at key song moments, Cherry jumps up, and with the force of his butt muscles, breaks the bunch of noodles into two.

In another part of Razzy Queen's act, Cherry strings a long rubber band through his nose holes, and gets a volunteer in the audience to pull and then, after a dramatic count-down, release the cord.

I was expecting Hardcore Chocolate to be a punk event, so was surprised to find that the audience was for the most part conservatively dressed, and there were lots of girls too. Owarai seems to be popular with Japanese women.

Probably the most 'normal' act of the night was a hard rock group amusingly named Who the Bitch, comprising two girls on guitar and bass, and a guy drummer. They were a fun, tight band. 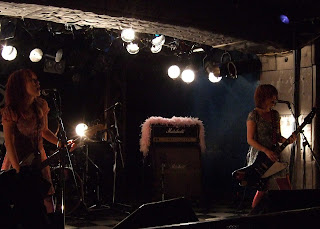 The final act was my beloved Asakusa Jinta, whose retro Japanese/punk/horns&explosive ska bass performance was all-out as always. The crowd wasn't as big as usual, though, maybe because Shinjuku isn't their home turf, and the advanced tickets at Y3,000 was a little pricier than usual. (Vocalist/bassist Osho semi-joked that Asakusa, on the east end of Tokyo, is pretty different from Shinjuku, on the west side, that average incomes are lower in his part of town.) Although I don't dive into mosh pits much these days, I found myself missing all the action, like it wasn't a true Asakusa Jinta gig unless the youth all get overexcited at the end and hop and bump into each other. But then, lo and behold, during the final songs a few kids started slam-dancing, restoring normalcy. It's a strange thing that can be annoying when it happens, but you sorta miss it when it doesn't... 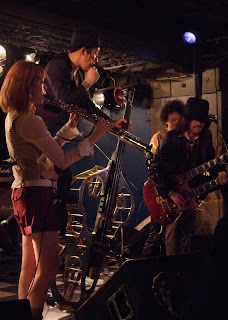