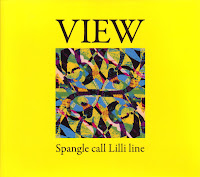 My favorite SCLL album since Or, View highlights the band's long, luxuriant stretches of indie pop melodies, guided by the fragile-sounding vocals of Kana Otsubo. 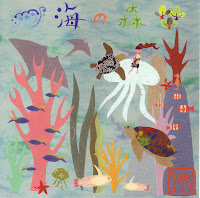 These are musicians I've been following since 2004 (when they were called Orange Plankton), and they're now friends. So, maybe there's a bias, but I do think their piano pop music stands out. Vocalist Yunn has two gifts: an unmistakable, dazzling high voice, and a talent for weaving memorable musical lines. The piano, bass, drum and flute arrangements are often jazzy. The album title means 'forest in the ocean'. 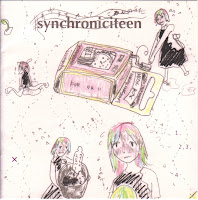 These guys have converted me. I liked their previous album, Hi-Fi Anatomia, but was put off by their strict policy against publishing their image, and wondered how they'd follow up on Hi-Fi. Synchroniciteen shows it wasn't a fluke. The melodies are still catchy and the lyrics playful, but what I noticed most was that vocalist Etsuko Yakushimaru's singing intensity had increased, from Hi-Fi's low-blood pressure whispers to something more rocking. It's a good change.

'Sanzenman Nen', or 'thirty million years', is my favorite track, with opening lines that go, ' I've been in love from thirty million years ago/I ride a train from Gakugei Daigaku-mae', an example of the eccentric way they arrange their lyrics. Soutaisei Riron's lyrics favor word play and sometimes the settings are science fiction or fantasy, things they share in common with other contemporary bands, whereas bands a decade ago seemed to be more into describing their lives and feelings with straight words. A sweeping generalization, and there are many exceptions, but that's the impression I get. What caused the change? 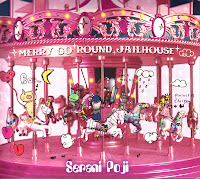 This is the first album in five years by a unit that started as a virtual girl pop unit led by a Sega musician Tomoko Sasaki playing music for the game 'Roommania #203'. Before, Yukichi of Cecil was Serani Poji's singer; this time, returning to recording, Sasaki herself is the vocalist of pop tunes that are like updates of the best of the 90's Shibuya-kei sound—my favorites are 'Toward the South', about a 7-year-old girl who dreams about running off to a southern island with her lover; 'Robot's Happiness', Kafka's Metamorphosis with a happy ending about a girl who enjoys her new life as an android; and 'Laughing Frog'. 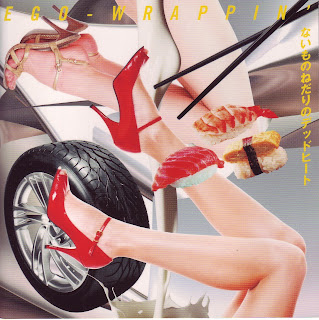 My biggest musical surprise of the year: I knew of Ego Wrappin', and even owned one of their albums, but didn't pay much attention, thinking they're a retro-jazz outfit, which isn't my thing. What was it that moved me to pick up this CD at Tower Shibuya? It led me to music that was both familiar and new. Some of it is like 60's psychelic rock, like 'Kuroi Sweater', an elegy about a granny who knit a black sweater for the singer. There's also jazz with horns in songs like the lounge-feeling 'Love Scene', which, despite my previous avoidance of Ego Wrappin's jazz, has become my favorite song of the album. Bringing alive this band's innovation and re-interpretation of classic rock and jazz are the powerful, passionate vocals of Yoshie Nakano, like a Japanese Grace Slick.

Returning to 2009, there was one album I didn't know about at the time, but has become a favorite of mine, not only for that year but for all time—Bice's Kaerarenai Koi no Tameni ('For Love that Can't Be Changed'). Sadly, the woman who was Bice passed away last year. The poems whisper-sung by Bice (pronounced Bee-che) are about love, life and death—one song is titled 'The Two of Us Will Be Gone In 100 Years'—and the directness of the emotions is something I've rarely encountered. One of these days I'll write more about a masterpiece of a song in this album, called “Ordinary Days”.