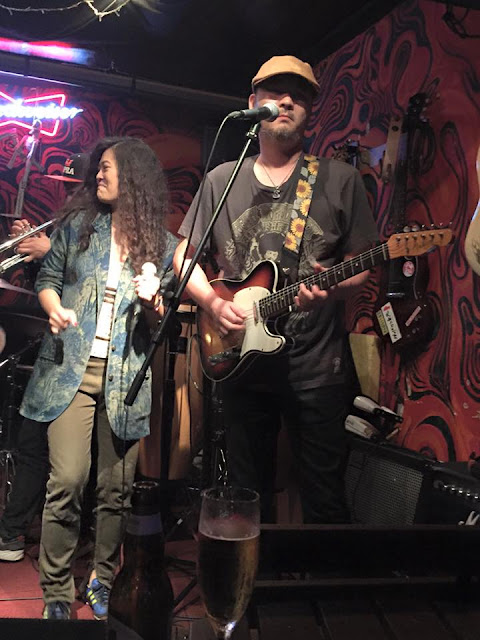 I've been to a few dozen rock clubs in Tokyo, but there are still places I've never heard of, and Billy's Bar Gold Star in Shimoigusa was one of those. In fact, I'd never been to Shimoigusa, a commuter town on the Seibu Shinjuku line, one of those stops in between the rural quietness of western Tokyo and the manic sleepless energy of a place like Shinjuku. Gold Star was a small, rectangular place with a bar at the back and a ground level stage by the door so that if you enter while a show is going on, hello!, you're part of the show.

I was there to see Soul Train from Seoul (...no, not Seoul Train...), a band of friends of friends. They played energetic soul and R&B, and was one of those bands you find in a random, tiny bar whose musicians are so good you wonder what their story is--did the kids go to music school, were they child prodigies...? The solos including the trombone and sax were inspired.

Korea is so close to Japan that in spite of the historical issues there's a lot of interest in each other and back and forth, and I think it's getting much more common for Korean musicians to play in Japan and vice versa. It's a good thing--an easy way to get over stereotypes is to meet and talk to the object of those stereotypes. A friend from Seoul I met the night of the show has been to Tokyo many times and he hits the record shops during his visits, unearthing rare vinyl LPs to add to his collection back home. 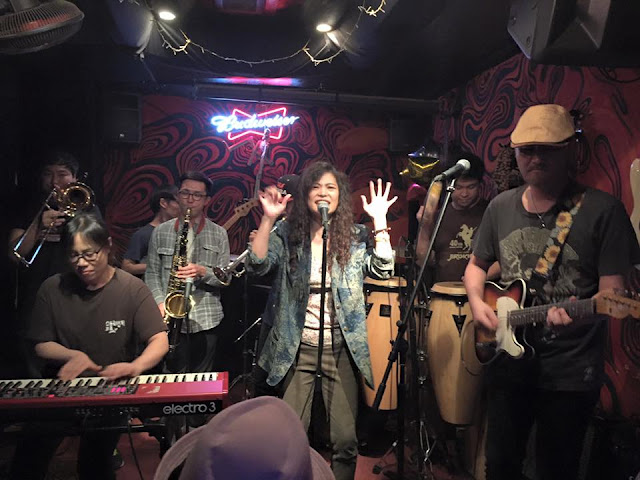 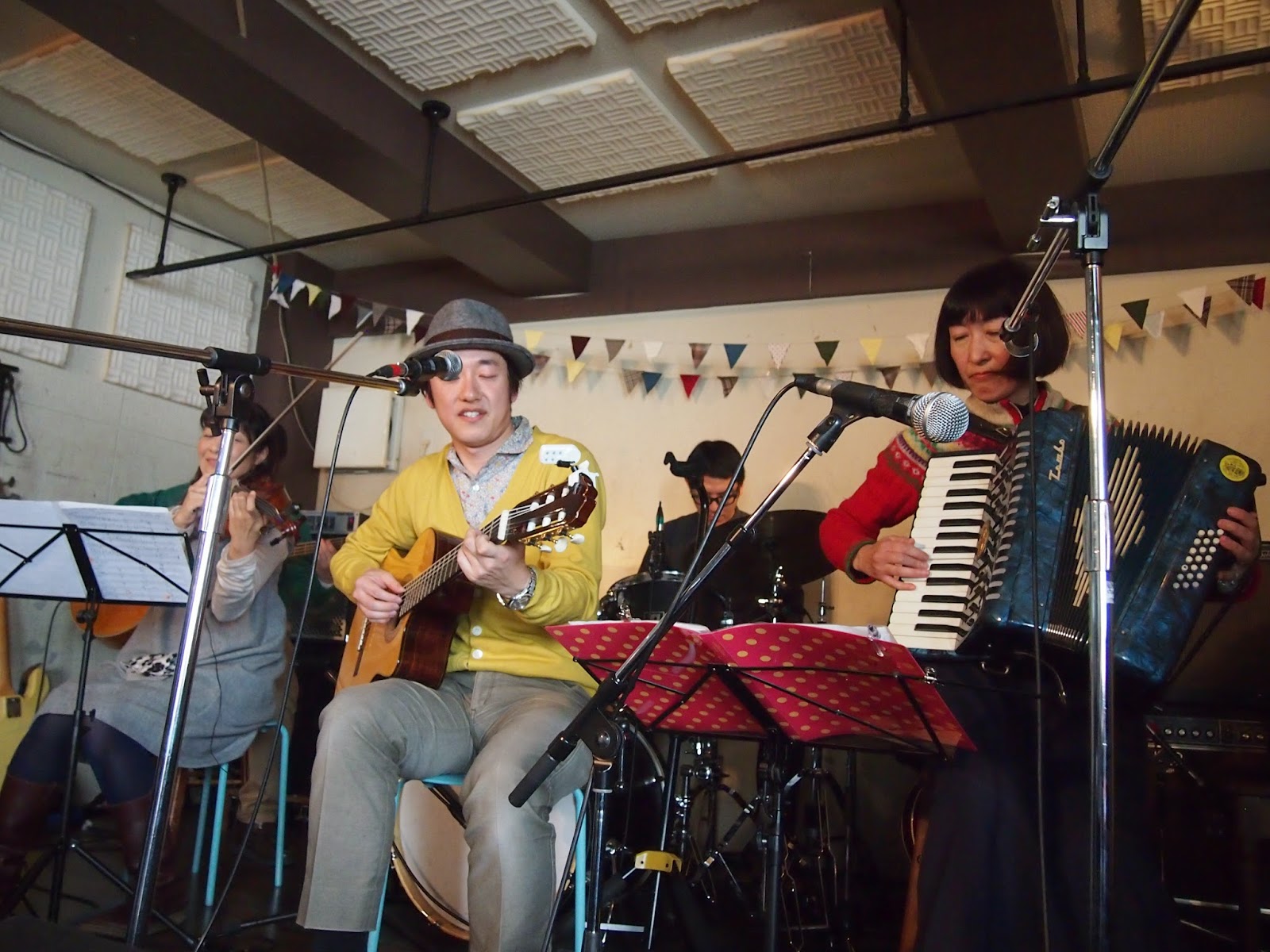 Kounotori, which means 'stork' in Japanese (as in the baby-carrying bird...not very poetic in English), is an Osaka-based pop band, They just released their first album, Arawarerumono, Kieteyukumono (things that appear, things that disappear), and they played at Mona Records in Shimokitazawa to celebrate the release.

The members are friends of mine so I'm biased, but listening to them reminded me of the unique pleasure of discovering great new music by people who are writing songs for the love of it. That's what this blog has always been about.

Sweet-voiced vocalist Kazuhiro Takamatsu, who writes the songs, says he was influenced by Sunny Day Service and Kenji Ozawa and now listens to samba. The pianist Nao Orino and drummer Kiyoshi Tsurumaki are jazz musicians when not playing with Kounotori, and they give the music a nice swing. Bassist Minsung Kang, formerly of Seoul's Linus' Blanket, helps run indie label Lepus Records, which sells Kounotori's CDs. Mayumi Hozaki is usually on the flute, but she came down with the flu, so the show instead featured Mayumi Ikemizu of Three Berry Icecream on accordion and vocals, and Keiko Tanaka of Little Lounge Little Twinkle on viola.

Here they are at another show, playing a song I really like called "London Road".