How To Go To A Tokyo Rock Show 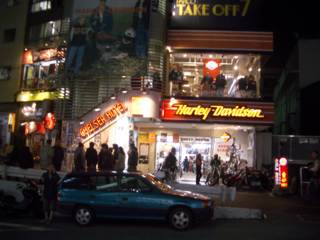 You’re coming to Tokyo on vacation. During the day you will go to the Imperial Palace, see a piece of traditional Japan in Asakusa, take a trip to Kamakura to visit ancient temples. But at night you want to unwind and have fun. How about catching a rock show? 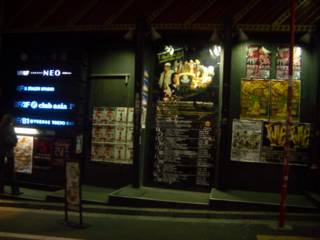 Posters for events in Shibuya.

On any night, there are dozens of clubs where Japanese rock bands are playing. The best clubs, or ‘live houses’ as they are called here, are concentrated in the western side of the Yamanote train line, which circles central Tokyo. Shinjuku, Shibuya, Shimokitazawa and Ikebukuro are where the finest live houses are. Each of those areas has its own character, its strong and weak points.

Advantage: Home of the Loft, one of Japan’s most famous and oldest rock clubs, Shinjuku live houses feature some of Tokyo’s best bands. There are lots of punk shows.

Disadvantage: Most Shinjuku live houses are in Kabukichou, Tokyo’s premier red-light district. Expect to dodge touts for various adult entertainment to get to shows. It’s like walking through a brothel for some rock ‘n’ roll. (This might not be a weak point for some readers, to be sure.)

Advantage: There are great shopping and record stores in the area (including the Grand Temple of Japanese music, the seven-floor Tower Records Shibuya).

Disadvantage: The live houses don’t have much character.

Advantage: A short train ride away from Shibuya or Shinjuku, Shimokitazawa has its own scene, and many in the audience are themselves likely to be musicians and appreciate good music. The quality of bands playing at clubs like the Que and Shelter are usually high.

Disadvantage: Sometimes the audience is nothing but musicians, making for a boring (and incestuous) crowd.

I hardly ever go to Ikebukuro, further north from these three music centers above, so I don’t have anything to say about it. 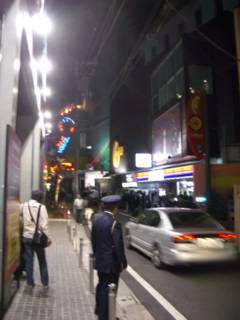 Street between O-East and O-West in Shibuya's love hotel district.

One thing about most Tokyo rock clubs is they’re hard to find. They’re in the basements or upper floors of characterless buildings. But don’t let that discourage you, because there’s an excellent on-line resource called Tokyo Gig Guide, put together by a Tokyo resident named Craig E.

Tokyo Gig Guide gives detailed instructions on how to get to the major live houses, with some photos.

Another extremely useful thing Craig does is put together a calendar of good shows. The gigs he lists are all worth watching.

Or, you can simply head to one of the clubs and take a chance on the bands playing that night.

My experience is that shows at the Que and Shelter in Shimokitazawa, and the Loft and Red Cloth in Shinjuku, usually showcase decent-to-great bands.

Most Tokyo rock shows start at 6:30 or 7 at night. I think this is so that the shows can end by around 10PM, allowing fans living far away to catch the train home. (Trains stop running between midnight and 1AM.)

Except for very popular acts, you usually don’t have to buy tickets in advance. Typically, tickets cost about 2,500 yen at the door, or around US$25, and you need to pay another 500 yen or so for the first drink.

If there’s more than one band playing, the ticket seller will ask you which band you’ve come to see. Even if you hadn't come for any specific band, it’s a nice thing to do to tell the ticket seller the name of any of the bands written on the program. That’s because the clubs divide up part of the revenue from the show based on which bands the ticket buyers say they have come to see. (That is, if 20% say they’re Band X fans, then Band X gets 20% of the payout.) So, if one band has a particularly crazy name that you like, or is low on the roster and probably consists of starving musicians, you’d be doing them a favor by telling the ticket guy that’s your band, even if you have no idea who they are.

Of course, if there’s only one band playing that night, you don’t need to tell the ticket seller you’ve come to see that band. If you do, the ticket seller will nod politely, wearing a serene expression, but will be thinking: "yeah, no duh."

I talk to the ticket sellers in Japanese, but they should be able to understand English, considering they must have graduated from high school and therefore studied English for six years. Ask first if the person speaks English and then talk S-L-O-W-L-Y (as rust may have set in to their English comprehension skills in the years since they last studied the language).

Shows end about 10PM. Band members often come to talk to fans on the floor when the shows are finished. If you liked a band, by all means talk to them, say you loved their music, buy their CDs and so on. Most musicians live for those kinds of encounters. 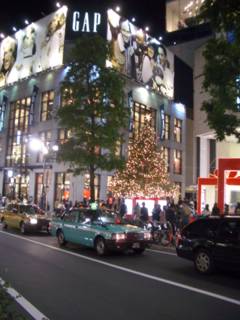 Christmas is just around the corner...

Don't forget to check out Club Heavy Sick in Hatagaya. It's a cool little venue with 2 rooms. The bar room is just like a lounge, so a great place to chat with your friends or the bands! Enjoy!