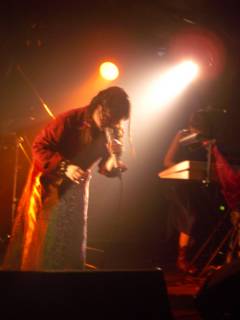 Tonight was piano pop quartet Orange Plankton’s last scheduled show of the year in Tokyo, though they said they might also play at a Okinawan food bistro here next month. And during Christmas, they will be in the island of Okinawa itself, playing for a thousands of kids at an amusement park called Kodomo no Kuni (translated to ‘Kid Land’, I guess). I don’t know what the Orange Plankton-Okinawa connection is, what with the restaurant and amusement park gig. I wish I could go to the Okinawa Kid Land show, but unfortunately money doesn’t grow on trees in the garden so I can buy plane tickets anytime I want to see a concert in a faraway place, and anyway I’ll be in LA with my family during Christmas.

The show, at a club called Live Freak right next to the gay district in Shinjuku, was the usual brilliant Orange Plankton. Unless there’s a surprise between now and December 31, their album Wakusei Note will be my favorite album of 2004. 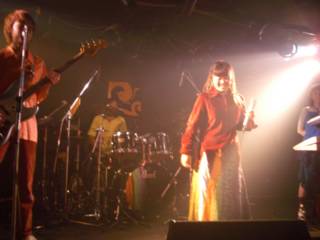