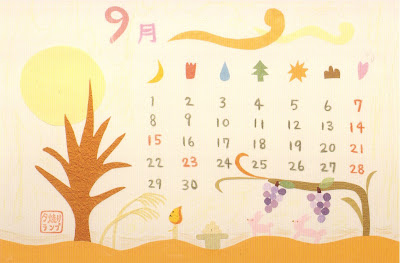 September is shaping up to be a bountiful harvest month for Japanese music.

First off, there's a not-to-be-missed CD release party at the Basement Bar on Sunday (the 7th) featuring advantage Lucy, Caraway (Swinging Popsicle guitarist Osamu Shimada's band), laid-back indie pop stars Lost in Found, and the headliner, Murmur. Murmur is the sparkling solo guitar pop unit of a girl named Mai Tsuyutani, who just released her first full-length album, the outstanding The Afternoon of the Marble Design. If you like advantage Lucy you should check out Murmur—she is an admirer of that great band, and is influenced by them, but still manages to create a sound that is original and fresh. I'm a fan and friend of all four of these groups, and expect to party with them that night until dawn.

Meanwhile, Call and Response Record's Ian is throwing a two-night gig on September 12-13 at the Koenji High to mark the release of the wild concept CD I mentioned in a previous post, a complete cover of Wire's Pink Flag album by indie Japanese bands. 14 bands are to play over the two night—sounds like it will be a blast.

On the album front, advantage Lucy is releasing a new album! But rather than a completely new work, this CD will be a rarities-type album: various tracks that appeared on compilation albums, out-of-print singles, and, in one case, a nice song called “Windy Sunny Friday” that was only sold as mini-disc downloads at convenience stores, or something like that. Some advantage Lucy snobs (they exist) sniff that they already own most of these songs anyway, and indeed, I have almost all of them too (except “Windy Sunny Friday”—only long-time hardcore fans have a copy of that; I've only been listening to Lucy since around 2001—wait...'only'...? What year is it now??) , but it's worth buying this one because all the tracks are re-mixed, apparently, and it's a nice thing to have all these rare gems like “Photograph” and “Weekend Wonder” on one disc. The album is called Sept papillons ont pris leur envol, and will go on sale on Sept. 17. 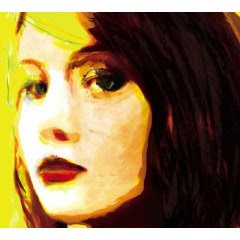 Another great piece of news is that a week later, on the 24th, beautifully melodic post-rock trio Spangle call Lilli line will be unveiling a new album, Isolation. Their website calls it “a monochrome tale that is dedicated to the end of the world and all lovers.” Hmmm... Maybe that will make more sense when I actually hear the album... I interviewed SCLL a few years back, here.
Posted by Ken M - Japan Live at 8:21 PM