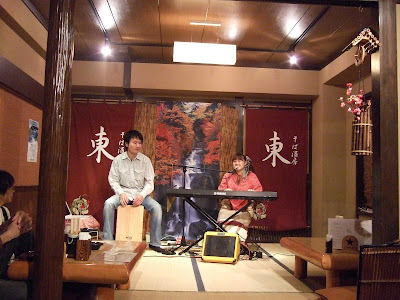 I wrote before about the Udon Rock of Asakusa Jinta. On Saturday night, I listened to Soba Pop.

The venue was Azuma Soba Sake House in Asagaya. Performing was Yuyake Lamp's Yunn on keyboard and Tamarou on cajon, the Peruvian percussion box.

The soba joint was designed like an old-fashioned Japanese house, with tatami mats and wooden pillars. The air smelled of soy sauce; kitchen noises accompanied the music.

As the crowd slurped noodles, Yunn sang and played the piano in that way of hers, as if it's only for her most trusted friend, as if the audience aren't strangers.

She said the office that produced the band's last CD (Yuyake Ballad) went bankrupt after the Lehman shock, so their next album will come out at first on iTunes. Yunn, who devours National Geographic-type programs on foreign cultures, marveled about how a financial crisis also brings the world together. 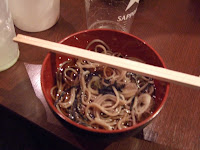 The soba that the waitress brought me was thin and al dente—on a normal night it would be eaten last, after getting through some sake and dishes like sashimi. The waitress was casual and didn't seem too concerned about formal manners. A straightforward, unpretentious Chuo line personality, I thought. (Tokyo has somewhat different personalities according to the area, I think.) 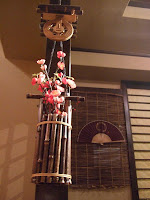 The only thing I wished for was for the audience to treat the show more like a party, chatting and drinking, and less as something serious like a Classical concert. A little hot sake, talk with friends, great jazzy pop music in the background, and soba to wrap it up—that would be perfect. 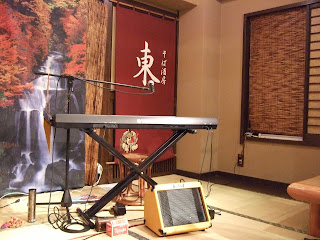