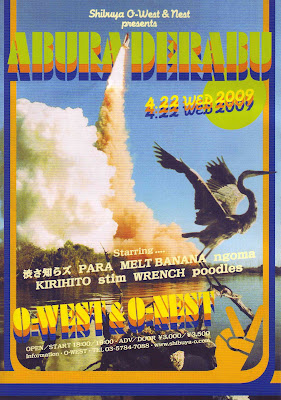 My main mission of the evening attending a Shibuya event called Aburade-rabu (word play on 'abracadabra', I guess, but ending with Japanese pronunciation of 'love') was to see the band Wrench, who I've been listening to a lot recently. Their CDs are in the punk rock section of Tower Records Shibuya, but a more accurate genre designation may be something like Hard Electro Dance Psychedelic Stoner Rock. I especially like their ambitious latest effort, Nitro.

The event was a two-club deal, where shows are divided between two live houses and you can go freely between them. There are more of these multi-live house events these days, and they are great: they let you exit and re-enter the clubs (something not allowed in most venues), grab a bite outside if you desire, or procure cheaper beverages at nearby conbinis. This one was a joint O-Nest/O-West event, and Wrench was the second band up at the O-West. I wasn't sure how popular they were, so I decided to go to the O-West from the beginning to stake out a good spot if there was a big crowd (you tend to make these calculations when you've been to many Tokyo shows...).

On before Wrench was an instrumental band called poodles that played trippy, jam music heavy on African percussion and 'ethnic' musical instruments like the didgeridoo, the Australian aboriginal horn, and that long tube thing you spin around to make a whirring noise. The poodles' website describes their sound as an “earthy, tribal groove”. It was pleasant music, but I found myself wondering why, if they are into creating something new by mixing together instruments of various cultures, they apparently steer clear of Japanese ones. That's, of course, their choice. They're free to build music out of whatever sounds they fancy. But to me, it would be more interesting if the band added a taiko or some such to their sound, in the process making new music that also acknowledges their own heritage. Not really related, but I found out googling that there's also a Swedish glam metal group called the Poodles...

The crowd increased when Wrench came on next. The true believers stood at center front, next to the stage—they were mostly young guys in T-shirts, some of them on the chubby side. When the music began, they broke out into a mosh-pit dance that looked like a combination of hands-up-in-the-air Okinawan dancing and Harajuku rockabilly twist. You could tell they were intensely into the music—they danced like it was their last chance before the giant asteroid hits the planet. Or, it was like some cult's frenzied bacchanal.

Their prophet was Shige, Wrench's vocalist/keyboardist, who was bearded and reminded me vaguely of a smaller, Japanese James Hetfield. To his sides were the skinny, serious-looking guitarist and bassist; whenever Shige stuck his head out of his Korg/synthesizer/gadget headquarters, he'd pump his arms into the air or otherwise get the crowd going while shouting out the lyrics, and the fans would go even wilder. Their musical signature was rapid, repeated riffs, sometimes relayed between guitar and bass, and played over a flood of feedback—an interview I read said the band was into Goa trance music, though to me the harsh but orderly passages seemed almost martial, like the marching music of some super-disciplined, psychedelic robot army. (The YouTube video above should give an idea of what their shows are like.) The whole thing was an exhilarating spectacle, one I wanted to see again soon. 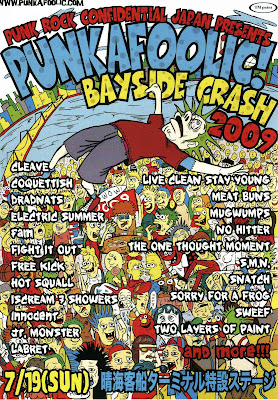 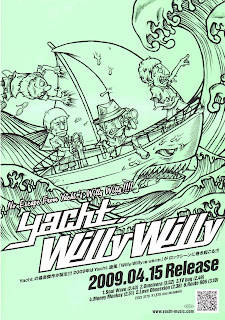 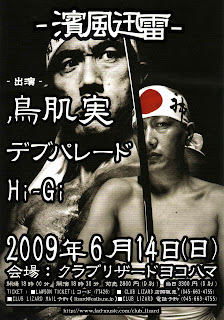 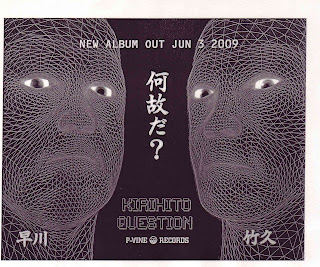 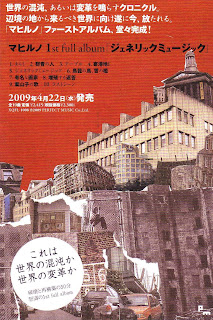 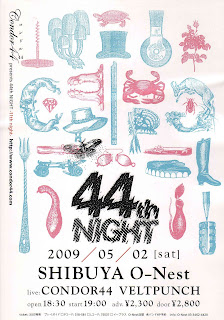 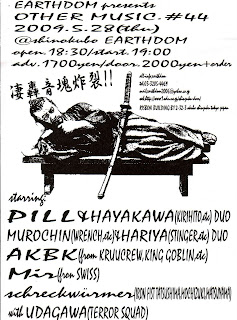 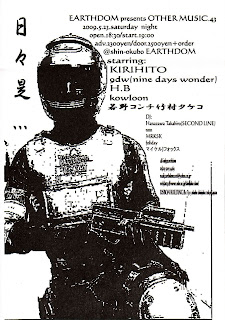 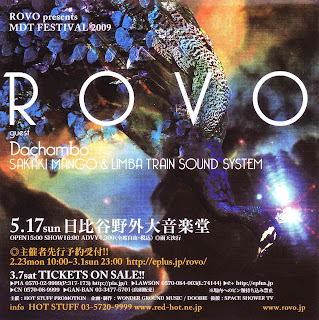 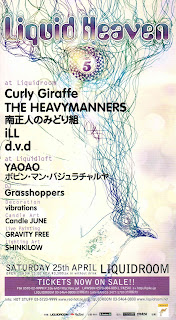 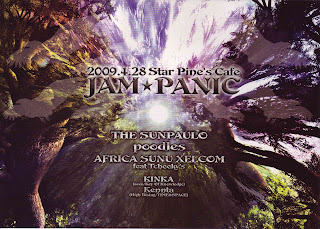