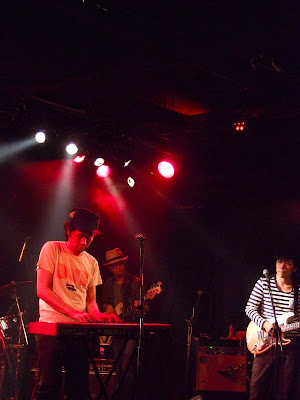 When DJ Kamaage and I got into the Que for the Vasallo Crab 75 event "So Many Colours" after a couple of beers at the nearby Shimo-Kitazawa stand-up sake joint Yocchan, the first band was already playing, and at first I didn't recognize who they were. The singer looked different in one of those mini-beards that are ubiquitous these days, but then, gradually, I realized it was Condor 44, the 90's alternative-inspired trio I've seen from time to time for the last decade.

The singer said they were excited about the event so went into a rehearsal studio in the morning to practice one last time, but, because they were getting older, now in the evening they were tired out during the actual performance. A standard gag. But at the same time, it's pretty Japanese to follow the script diligently in terms of age roles, I'm not entirely sure why, probably a lot of it is Confucianism, but maybe there are other cultural things going on too. 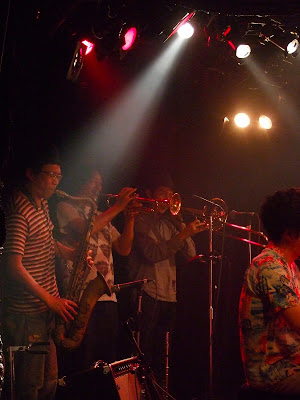 The second band was called Frisco, a fabulous rocksteady outfit with a horn section and a pedal steel guitar guy, among others. It's amazing that there's a great rocksteady group playing in Shimo-Kitazawa, Tokyo, Japan, on the other side of the world from Jamaica. They've been around a long time too. The singer said when they did their first show at the Garage, they were so bad the club's manager said please don't come back again. A long way from there... 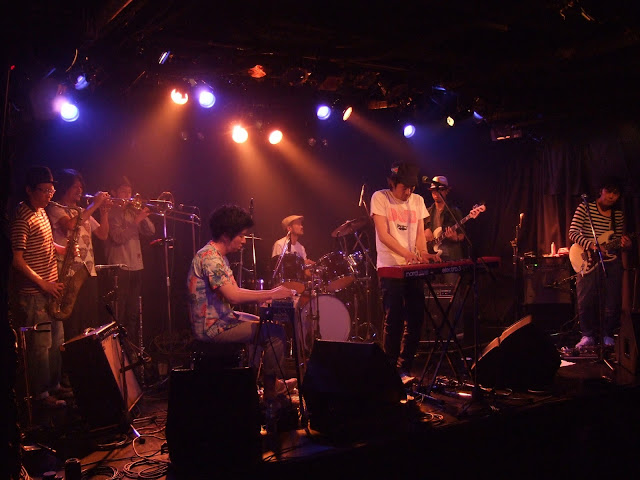 And Vasallo Crab 75 closed their event. I think I've been to a few of their So Many Colours, but I didn't pay that much attention to event names in the past, because I didn't know how much thought and emotion went into them. This one was started by the late Takayuki Fukumura, and they've been doing it for about ten years, and VC75 vocalist Daisuke Kudo told me that he'd lost count of how many they'd put on--fifteen, sixteen? In the meantime, their music has evolved from bedroom-recorded indie pop to a jazzy, funky, show-off, rocking pop. I've run out of ways to praise them--scroll back and read my past ovations if you please, in this journal that's also almost ten years old now, wow... seeing them just feels now like going to a favorite restaurant that never seems to get bad, run by a chef that never seems to turn old. 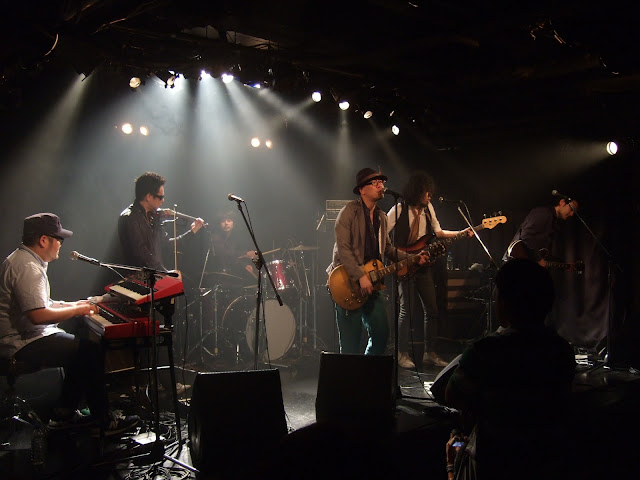