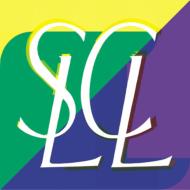 It’s only April but I have little doubt that Spangle call Lilli line’s Trace will turn out to be, at the end of the year, one of the best Japanese albums of 2005. Trace is a blockbuster.

For long-time fans of this Japanese band, however, the album might take some getting used to. SCLL is clearly exploring new musical territory.

In their first three albums (the self-titled debut album, Nanae and Or), SCLL created music that might be described as avant-garde pop—perhaps a contradiction in terms, but one I think fairly reflects the band’s sound, which is innovative and unorthodox, but also melodious in a pop way. (The band is often characterized as post-rock too.)

In Trace, though, SCLL has added new musical colors to its palette of sound—listeners can hear echoes of popular musical styles such as R&B, soul, and dance music.

The individual songs in Trace are also shorter than the epic compositions in their earlier albums. In their previous albums, almost all songs were longer than five minutes, and some of their best tunes stretched even longer, with ‘Piano’ in their album Or lasting 7 minutes and 23 seconds, and ‘E’ in Nanae continuing for eight-and-a-half minutes.

But those older songs don’t feel long at all. On the contrary, it’s a joy to listen to the way SCLL slowly develops beautiful musical themes. It’s like watching a fast-forwarded video of a flower blooming or an insect emerging from its cocoon. (I’d heartily recommend a listen to their songs ‘E’ or ‘Nano” to get a feel for what I mean.)

In the latest album, however, only two songs are longer and most are about four.

Maybe the most striking example of this new SCLL sound--more pop and shorter in length-- is the third song on the album, “U-Lite”.

Opening with singer Kana Otsubo’s humming accompanied by an electric organ and an ordinary rock band arrangement, this tune, less than three minutes long, is a joyous pop gem. But it’s the sort of song that would have been hard to imagine SCLL doing, considering their previous works. The tune could almost pass for one in the Top 40 chart, though maybe a Top 40 in a parallel universe where pop songs are made with the goal of musical uniqueness and perfection rather than monetary gain…

One thing that hasn’t changed in SCLL’s sound is Otsubo’s instantly recognizable, slightly husky, light, dreamily enchanting singing voice. But her unchanged singing style serves to highlight how different the rest of the music has become. The effect is striking: it’s like a woman you are used to seeing in a kimono dressed up one day in an African dress.

For old fans the song that sounds most like the SCLL of past albums is the seventh track on the album, ‘stereo’. Trace is worth a listen for this song alone, to listen to the way SCLL weaves a gorgeous tapestry of sound in a way only they can.
Posted by Ken M - Japan Live at 11:15 PM

Love your review, Ken.
I've always had a hard time identifying the genre they incorporated in their music, especially in newer albums.
To me, their songs are genearrally laid back and dull in surprise that it's such a good keeper when you just want it to be drowned on the background while you're enjoying the scenery and landscapes.
It's soothing and quite atmospheric, and you feel lullaby'd thanks to the vocal of the ever wonderful Kana.