In the Mail - CD From The U.S.'s Tangerine 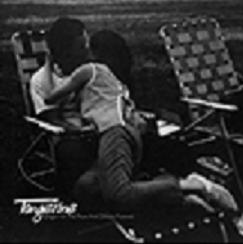 Tangerine's Songs For The Now And Others Forever

A couple of weeks ago I received in the mail a CD from an American band called Tangerine, from Pittsburgh. The singer of the band, Tony Matz, had e-mailed me to say his band wanted to play in Japan and asked if I could review his band’s album in Japan Live. I said sure.

Now, while it’s a delight to get free CDs, a confession here: I’m not a real music critic. I write only about bands I like, and ignore groups I think are boring or bad. That’s not music criticism. Also, I do this site for my own fun, and have zero influence in Japan’s music world. I do hope, though, that a few people will want to listen to the wonderful Japanese bands I love after reading these pages.

With that disclaimer out of the way, on to the point of this post, which is that I enjoyed Tangerine’s album, Songs For The Now And Others Forever. It’s mellow American alternative rock with moody echoing guitars. What sets apart this band is the deep, rough baritone voice of Matz. It reminds me of the singer from Urge Overkill who croons "Girl, you’ll be a woman soon" on a record as Uma Thurman and John Travolta hang out in Pulp Fiction. Or, it’s a little like the singer in the opening credits of the Sopranos as Tony lights a cigar in his car on the way to New Jersey. Despite this band’s name, Tangerine, citrus isn’t what I visualized listening to Matz’s voice. More like cigar and brandy. I particularly liked the second song in the album, called Elastic World. I’ve stored the album in my iPod.

If I ever travel to Pittsburgh, I’d like to see this band. If they arrange a show in Japan, I’d like to catch that too, though, as I’ll write about in more detail one of these days, it’s not easy at all for a foreign band to play in Japanese clubs without connections.