CDs of Note: The Clicks; Waffles 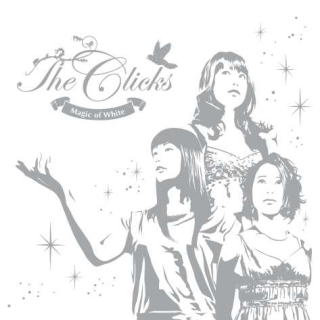 The Clicks' Magic of White.

The Clicks, who are three girls from Yokohama, play ultra-catchy punk-pop tunes in their wonderful and addictive second album, Magic of White. For a sample of their magic, check out their music video for the song “block castle” in the homepage of K.O.G.A. Records (which released the album—click on the Chinese characters second from right on the top next to ‘mail’, and then click on the ‘PV’ next to the Clicks at the top)—it's a surreal video that reminds me of something out of the psychedelic 60’s (at one point, an amp floats up and starts wobbling in the air, for example). ‘Love Bomb’, ‘The Line of Self-Satisfaction’ and the song ‘Magic of Love’ are also standouts. Actually, I like all the tunes on this album—it’s constantly on my iPod.

Magic of White is more pop than the rock-heavy debut album, Come to Vivid Girl’s Room, and the three girls have discovered vocal harmony in a big way, decorating the songs’ sonic landscape with their three bright voices. Like their debut effort, this isn’t an album that will make musical history with its innovation—all their songs sound familiar. But, if you’re like me, history will be far from your mind as you listen to the Click girls having a blast with their music. 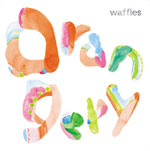 I don’t know if it’s that great an idea for me to be introducing the Waffles’ Orangery because unless you live in Tokyo, it’s nearly impossible to find this new mini-album. For reasons that aren’t clear to me, the pop quartet decided to only sell this CD at their shows and at the tiny Mona Records in Shimokitazawa (I myself got my copy from my friend Dr. I because I missed their last solo show). But it’s an outstanding collection of pop songs so I’ll talk about it anyway. You can hear MP3 samples of the tunes on their homepage.

The Waffles’ music is clearly pop, but often with a jazzy feel that makes many of their songs swing (try the second MP3 sample in their homepage to see what I mean—click on the image of the record cover to go to the MP3 page). Singer and keyboardist Kyoko Ono, who writes all of the Waffles songs, sings with gentle passion. Japanese female vocalists often sing in a higher voice than their western counterparts, but there’s a lot of variation between the high voices. Ono, for one, has an appealing voice and style of singing that always makes me think she is smiling as she delivers her lines (and that’s how she looks on stage too).

If you’re interested in Orangery and have a chance to visit Tokyo, why not make the trip to neighborhood of Shimokitazawa, and have a coffee or beer at the comfy café/music shop Mona Records after buying a copy?
Posted by Ken M - Japan Live at 7:45 AM