Advantage Lucy & The Arrival Of Spring 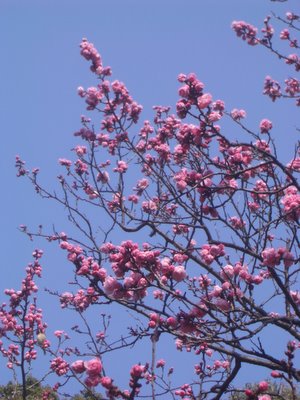 The winter cold started to slip away this weekend, and plum trees blossomed in pink and white. In the air was the sharp sweet smell of tiny daphne flowers. Spring was arriving. It was one of the most pleasant couple of days in many weeks, and in the final evening of this glorious weekend another pleasant thing was waiting: a show by advantage Lucy, at the Yoyogi Zher The Zoo.

The show was their first this year in Tokyo, their first since playing a community event in the northern part of town late last year. They were on a double bill with a rock group called Huckleberry Finn, who were also popular, and there was a long line to get into the club.

Before the advantage Lucy set, a Japanese woman struck up a conversation with me.

Which country are you from, she asked.

How did you discover advantage Lucy, she asked.

I heard their song Chikyu (‘Earth’) in a compilation album called Killermont Street 2001.

As we talked, it emerged that this woman has been a Lucy fan for a decade, a true Old Fan who had followed them from the very beginning. She is an owner of the rare Red Bicycle cassette tape, a treasure for any advantage Lucy maniac, a three-song, 11-minute cassette that is said to have once fetched over $200 on an Internet auction site. (For the record, I don’t own the tape itself, but do have a recording of it.)

She said she was in love with singer Aiko’s voice. When she moved to London for a couple of years, the only CDs she brought were those of advantage Lucy, and she played them to friends there, to try to covert some Brits into Lucy fans. Now she was back in Japan, and it was her first show of theirs in three years. She wanted more people to know about this great band outside of Japan, and for advantage Lucy to play in England, and that is why she talked to me, to ask why a foreigner like me was interested in them.

Advantage Lucy fans are like that. Well, not many are as outgoing as her: they are usually a bit shy and well behaved. But they are devoted, and I’ve heard people confess they were moved to tears the first time they saw the band.

Which is strange to think if you’ve met advantage Lucy in person and seen what down-to-earth, friendly people they are, but I know how the fans feel because I too was electrified the first time I saw them. Tonight, again, on stage there was that bright Lucy essence. I felt there was something spring-like in their performance, a celebration of life and creation. Don’t think they’re just a sweet pop band—playing live, they can rock with deep intensity. But then they can turn around and play ballads of fragile beauty, as they did with a couple of tunes from the album Echo Park at Sunday’s show.

The band doesn’t play with perfect precision: on two different songs they had to start over, once because guitarist Ishizaka’s shoe came off, and the second time because he thought (wrongly) that someone was out of tune. Aiko said at the end of the show, we’re a mess of band, but please continue supporting us. But those kinds of things are neither here nor there. When advantage Lucy are good, on stage a beautiful life is created.

I’ve received e-mails and comments from Lucy fans all over the world. From mainland China, Hong Kong and Taiwan. Indonesia and other parts of Asia. The U.S. and Canada. Brazil. Spain. And other places. I can tell they really love this band. To those, and Lucy fans I’ve never heard from: please try to see this band live. Take a holiday. Skip work. Save some money. Get a visa if needed. Plan a trip to Japan around a Lucy show. You won’t be disappointed. Come join the party. 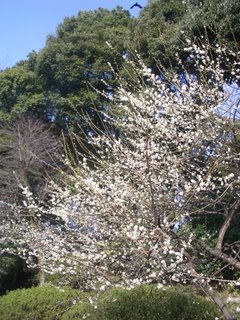