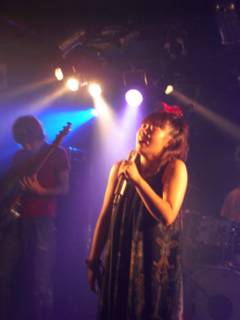 A feeling of being on mild narcotics after Orange Plankton's show last night. Warmth. Happiness. Satisfaction.

It was one of the best Tokyo rock shows I've been to this year, and I've been to dozens. The show was to celebrate the release of their fourth album, Wakusei Note.

Orange Plankton's piano-bass-drums ensemble playing was tight and joyful as usual. But what stood out was singer Yumi's performance.

Ever in motion, she hopped to ring bells tied around a wrist and an ankle, crouched to make her tiny frame even smaller, then, energized by the music, burst out her limbs. All the while singing with unrestrained passion. 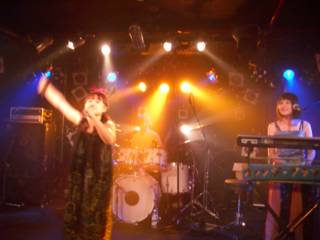 At the end of the show, looking up and facing away from the audience, she let out a scream.

She said the most important things for Orange Plankton are things that can't be seen. Last night, something unseen was moving her.

They play pop music that is gorgeous and relaxing, but at live shows the rawness of rock 'n' roll comes out. It's invigorating. 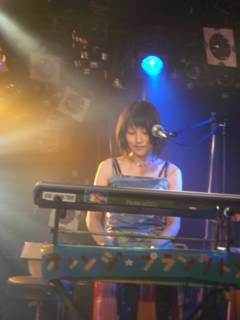