Plectrum, Live at the Que 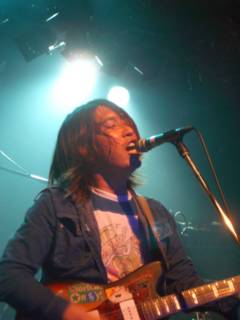 Plectrum is a Tokyo rock group consisting of four thirty-something guys. They've been around since the mid 90's. Scotland's Teenage Fan Club gave them their name ('plectrum' means guitar pick, in case you were wondering).

They write both hard rock and guitar pop tunes, most of which talk about youth (their latest album, for instance, is called 'Prom Night'). At their shows, playing these songs, they remind me of how raw, powerful and passionate rock music can be. 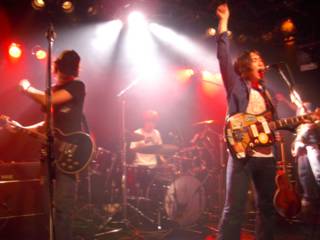 Tonight's show at the Shimokitazawa Que was like all of their gigs: filled with energy, humor, raw rock 'n roll and beautiful melodies. They opened with their song '30 Boy' from their latest album. It's about the band members reaching the third decade of their lives, and feeling that they are just getting started. A genuine rock anthem. When I was a teenager who listened mostly to punk rock, were there older bands I didn't know about that wrote great songs on what it's like to be over 30? 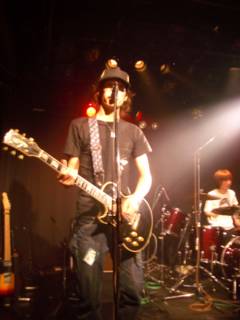 Plectrum went to Seoul in March, and with their strong performances made believers out of an audience that had never heard of them before. In fact, 30 people in the Korean audience formed a fan club right afterwards. (They're going back to Seoul to play for a weekend in September. I'm tagging along.)

When Taisuke Takata sings, his mouth opening as big as a hippo's, the sound that comes out is sometimes the sweetest tenor. Meanwhile, Akira Fujita makes the sort of incredible noise you can make with an electric guitar (his trademark black Gibson Les Paul), if you only have an excess of talent like he does. They're a tight band, and you know they're having the greatest time on stage. If ever you have a chance to see them...