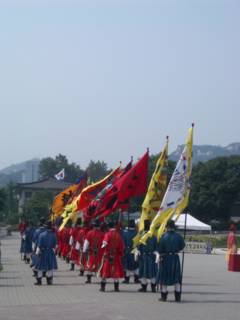 Japan Live has crossed the sea to Korea.

Six months ago I went to Seoul with a group of Japanese rock musicians, and had such a great time that when I heard Tokyo rock bands Plectrum and Swinging Popsicle were visiting Seoul, I didn't hesitate to stick along. Jang Yaeri, a Korean woman who speaks fluent Japanese and is a true J-pop lover, organized the event.

It was a blast once more. At every show the Korean fans were on fire, reacting to the two bands' amazing performances. Plectrum and Swinging Popsicle, for their part, got their energy from the fact that after every song of every set they played, the audience whopped and roared like they were the Beatles. 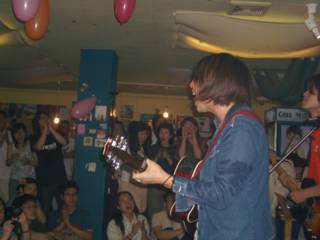 Plectrum at the Kuchu Camp (Seoul).