Plectrum at the Shibuya O-Nest 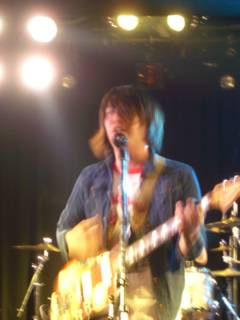 Due partly to work, it’s been 11 days since I went to my last live rock show. I could sense the withdrawal symptoms setting in, feelings of pessimism and lack of inspiration. Even looking through the shelves of Tower Records Shibuya’s J-pop floor didn’t make me completely happy (though I still ended up buying four CDs...). Clearly, I was in need of an antidote.

I was in luck -- Plectrum was playing tonight at Shibuya’s O-Nest, apparently a last-minute booking with four other bands. I’ve seen this rock quartet many times, in two countries, and they’ve always lifted my spirits. 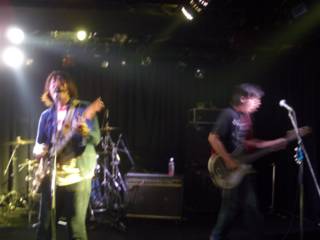 Tonight was no exception.

They mostly played songs from their most recent album, Prom Night, but also did a new hard-rocking number called ‘Myongdong Calling’, inspired by their trips to Seoul (the song title is a joking reference to ‘London Calling’ by the Clash; Myongdong is a big shopping district in Seoul). Plectrum finished the set with ‘Sweet Home’, a blues- rock-sounding song with dazzling guitar solos by Akky, the lead guitarist. 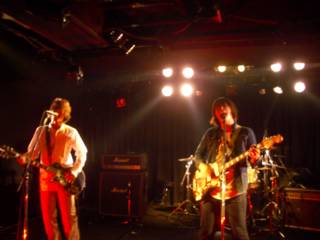 Akky Fujita and Takata of Plectrum.