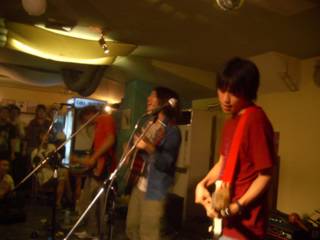 "That might have been the hottest show I've ever played," said Akira Fujita, Plectrum's lead guitarist after their Sunday show at Seoul's Kuchu Camp. Hot both in terms of temperature and the audience's excitement level.

The Korean crowd at the show was the sort of audience rock musicians dream of. They were already warmed up and fully prepared to party after Swinging Popsicle's great set. When Plectrum, the night's third and final act, got up to play, the roar of the crowd felt more like what you'd hear when a big-name artist appears on a stadium stage than an indies band starting a set at a basement bar. 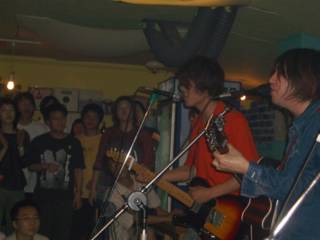 Plectrum did about eleven songs, but it's a blur.

The Japanese band played at their joyous best, and the crowd answered by shouting their approval after every song, solo, stage antic and comments in Korean by Plectrum members. Members of Linus' Blanket and other bands danced next to the bar. 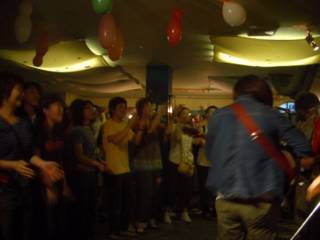 The crowd at the Kuchu Camp.

So that everyone could see the band, the audience in front sat on the floor for the first half of the show. But when singer Taisuke Takata urged the audience to dance to their song 'Uptown Girl', the crowd got to their feet and never sat down again.

At one point the sound system broke down. Takata went on singing and moved forward from the mike into the audience and sang with them. The sound guy soon found out what the problem was, got the sound back up and gave the OK sign, and at the exact moment the guitar and bass came back to life with their amplified noise again, Takata jumped back to the mike to sing. It was an electric moment, in both senses of the word. The crowd went wild. 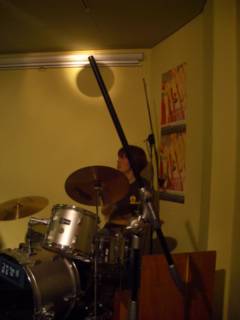